Easter is often celebrated around the world with rich religious traditions. In Haiti, Easter, which is referred to as Pacques, includes various rituals, from religious ceremonies to unique celebrations such as rara, a colorful music festival with band performances. Typically, the celebrations begin on Good Friday, when Haitian parents and their children make and fly kites. Most families even participate in kite competitions held in their communities, where everyone shows off their brightly colored and decorated flags in hopes of being chosen.

Meanwhile, on the streets, there are processions featuring reenactments of Jesus’ crucifixion. Men pretending to be Jesus, dress in white robes with red paint splattered on them. They stroll past onlookers, as fake soldiers beat and spit on them, before “nailing them to a cross.” Children are often part of the show, dressed in white and carrying big wooden crosses. It is said that people often carry pictures of their loved ones and pray for their health and careers. 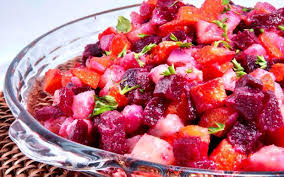 Haitian families eat fish on Good Friday as a way to honor the death and resurrection of Christ. The fish is either dried or boiled ( pwason gwo sel) and served with rice cooked with white beans, and boiled vegetables, such as plantains and yams. On Easter Sunday, families attend church together – the majority being Catholic – and enjoy a big feast together. One of the most popular dishes to serve on Easter is Russian salad, which is made with potatoes, hard-boiled eggs, celery, onions, beetroot and carrots. 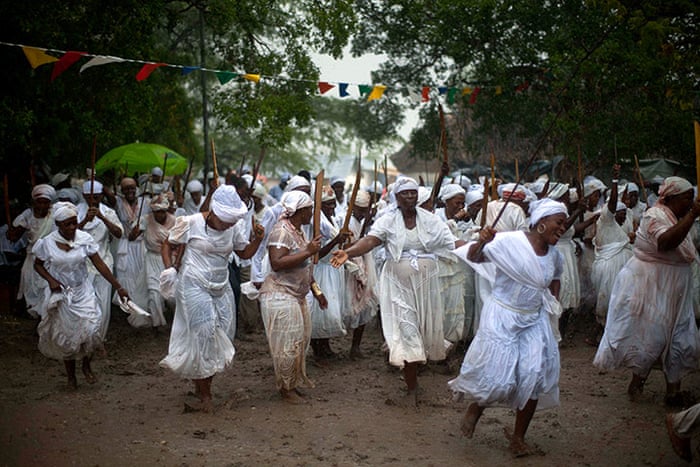 The week following Easter Sunday is regarded as Easter Week. Haitians, particularly those of the voodoo faith, partake in rara by dressing in all white or bright colors to celebrate their African ancestry through song. The tradition dates back to the 1700s in Saint Domingue when African slaves were under French rule and forbidden to participate in their Easter celebrations. To have something of their own, the slaves came up with their own traditions, combining their African rituals and language.

Having won their independence, Haitians began celebrating Easter the way the their slave masters did. Now they combine religious practices with ancestral customs, and honor Jesus and/or the spirits of their ancestors.